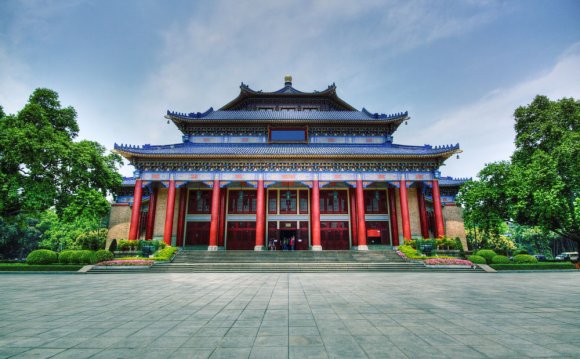 Explore Guangzhou with a local guide and discover the city’s most important cultural and historical sites, including Yuexiu Park, the Temple of Six Banyan Trees, and Guangxiao Temple.

Formerly known as Canton, Guangzhou bristles with color and energy. Dating back to the 2nd century BC, it was an important point on the Silk Road, and a trading post for the Portuguese in the 16th century, and the British in the 17th.

Start your tour at the wooded Yuexiu Park, the largest park in downtown Guangzhou. Covering an area of 860, 000 square meters (212.5 acres), it is made up of 3 artificial lakes and the 7 hills of Yuexiu Mountain.

Continue to the Temple of Six Banyan Trees, one of the best Buddhist temples in Guangzhou. Located on Liurong Road (Six Banyan Trees Road), it takes its name from the poet Su Dongpo, who commemorated the (long gone) banyan trees of the courtyard with a poem.

After lunch, tour the original Xiguan architecture from ancient Guangzhou. Stop at Guangxiao Temple, the oldest temple in the city, dating back to the 4th century AD. Most of the current buildings are more recent, but the architecture provides a rich insight into the history of Chinese Buddhism and culture, and the history of Guangdong city.