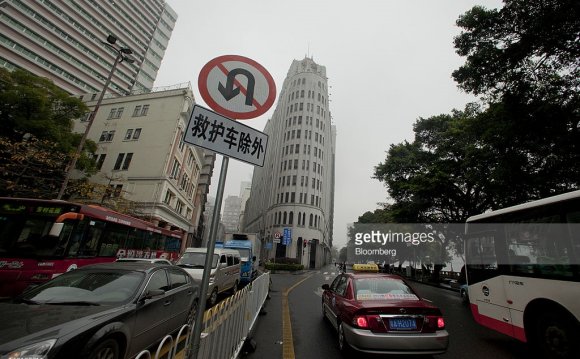 The most familiar Chinese dishes in China originated from Cantonese cuisine. Guangzhou, the regional capital of Guangdong Province, is the world capital of this style of cooking. In today's program, Liu Yan will introduce you to Cantonese cuisine and other local food varieties in Guangzhou.

Surrounded by mountains and facing the sea, favorable geographical conditions have provided abundant resources necessary for the diversified food varieties in Guangdong since ancient times.

The most famous food in Guangzhou is, of course, Cantonese cuisine, renowned both inside and outside China.

Restaurants that provide authentic Cantonese cuisine as well as other well-known food varieties from around the country can be found throughout Guangzhou.

There are time-honored restaurants such as the Lin Heung Tea House and Taotao Ju, as well as new ones such as New Lychee Harbor and Tangyuan Restaurant.

Zhao Liping is Director of the Restaurant Management Office in Guangzhou.

"There are tens of thousands of restaurants in Guangzhou where you can find different food anywhere and anytime in the city, including Japanese and western cuisines."

Cantonese cuisine, one of the four main cuisines in China, originates from the region around Guangdong. Reputed as China's finest cuisine, it has absorbed the strong points of other cuisines, but is diverse and delicate.

A modern saying has it that "they eat everything with four legs except chairs and everything that flies except airplanes." Usually this is said by northerners to refer to those who eat Cantonese dishes.

In fact, Cantonese cuisine includes almost all edible foods in addition to the staples of pork, beef and chicken, snakes, snails, chicken feet and duck tongues.

Cantonese menus are long and can often confuse a diner who is trying to select different dishes. There is a wide variety of dishes made from meats, poultry, fish, seafood, and vegetables from which to choose. They vary with the change of seasons and conform to modern dietetics.

An emphasis on preserving the natural flavor of the food is the hallmark of Cantonese cuisine.

The Cantonese people are very finicky when it comes to the freshness of their food. Even the amount of time taken for a live, swimming fish to be placed on a plate is kept to a minimum.

As cooking time is short, the flavors and nutritional value of the food are preserved. Vegetable and fish dishes are often steamed without using too much oil. Fresh live seafood is a specialty of Cantonese cuisine.

Seasonings are varied and well- coordinated. Sauces made from ingredients such as ginger, garlic, onion, vinegar, and sugar are paired up with different dishes to enhance their flavor.

Somewhat lighter than most other Chinese regional cuisines, Cantonese dishes are prepared carefully and exquisitely. Quick-fried or stewed, they turn out to be fresh, crisp, tender, slippery but not salty with all flavors and tastes.

Another notable Cantonese specialty is slow-cooked soup. The soup is usually a clear broth prepared by simmering meat and other ingredients under low heat for several hours. Chinese herbs or medicines are often used as ingredients. Slow-cooked soup is a regular dish in Cantonese families as most believe in its ability to heal and strengthens one's health.

Chen Fang is a retired government employee and a housewife in Guangzhou.

"The Cantonese don't eat meals without soup, and we cook soup at home every day. It's a kind of food therapy that we practice in day-to-day situations."

Dim sum involves a wide range of light dishes served alongside Chinese tea. Yum cha, or literally "drinking tea" is the term used to describe the entire dining experience. It is usually served in the mornings until noontime at Chinese restaurants and at specialty dim sum eateries where typical dishes are available throughout the day.

Zhao Gang is a tourist from northeast China.

"Guangzhou boasts a unique culture and traditions which are very different from those of northern China. Cantonese cuisine is diversified and delicate. Cantonese dishes are my favorites among all the regional food varieties."

GDP in China Guangdong Province increases by 8 5% posed as ...