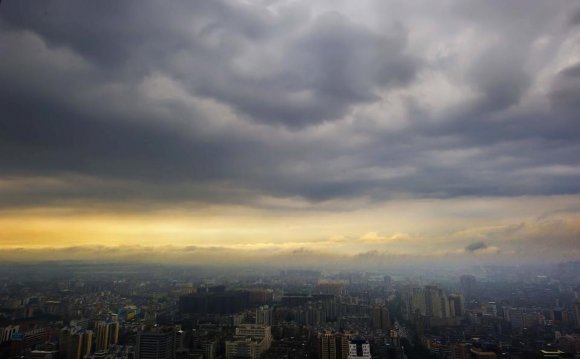 How many Africans are there in Guangzhou? This is the first question that came up to my mind when I first realised that there was a sizable population of black Africans in Guangzhou, in late 2008. This is also the question that several academics and dozens of journalists have asked me: ‘how many?’, it seems that everybody wants to know the figure. In order to provide an ‘accurate’ answer, let me do some explaining first. As I have pointed out time and again, truth is that no body really knows how many Africans are there in the city. That figure is impossible to know! And this is due to several reasons. Just to point out a few: a) the Chinese government does not openly share information about the numbers of foreigners in the country (Yes, in 2011 a national census recorded some 600, 000 foreigners living in the country, but I’ll talk about this a bit further down in this post); b) due to the bureaucratic complexities involved in the management of foreigners in China (from the ways of counting the entry and exit of people, through the multiple types of visas, to the several government bodies involved in the control of foreigners), I argue that actually not even the Chinese government (whatever that means) has a conclusive figure on the number of Africans that are currently living in Guangzhou (and in the whole country); c) to try to figure out how many Africans are there in Guangzhou, we have to start pulling out hair by hair – this is, at any time, there are multiple types of individuals with very diverse statuses in the city (i.e. there are the ‘more established ones’, people that have been in Guangzhou for over a decade – most of them still live on 3-6 months to 1 year visas, and very very few of them have managed to obtain long residence permits, renewable every 3 to 5 years; there are the ‘more transient ones’, which I claim are the bulk of the population, that continuously move between Africa and China, and whom usually lodge in hotels and stay for 4 to 6 weeks at a time; and, finally, there are of course the ‘first-time newcomers’ and the ‘overstayers’ – the most gosthly and uncountable of all these types- and the Africans that enter China with Western passports). So, as you can see, if we start pulling hairs apart, the composition of the African population in Guangzhou gets quite messy. How can we define who counts as an ‘African in Guangzhou’? Should someone that is visiting the city for the first time ever and that is only staying for 3 weeks on a business trip be counted as an ‘African in Guangzhou’? Should we only count the ones with valid ‘residence permits’ and forget about the ones that live in China for years juggling a plethora of different tourists, student, business visas? What about the ones that opt (or are forced) to overstay?

In 2008, research from Sun Yat Sen University pointed to a figure of around 20, 000 Africans in the city based on their access to hotel records, and from some data they gathered from the Entry and Exit authorities. One of the problems with this way of measuring is that people were counted on a person-times basis – this is, if Moustapha from Senegal entered China three times in three months he was counted as three Moustaphas.

Do you get it? Also, how reliable are hotel records? If Maria from Angola stayed two weeks in Guangzhou, then travelled back to Luanda, and then back again to Guangzhou, during the time of the measurement, she was then counted as two Marias. A great amount of media reports failed to notice this and started reproducing those inaccurate figures indiscriminately without checking or challenging them. Thus, the notion of the 20, 000 Africans in Guangzhou (living in hotels), and their growth of about 30-40 percent every year (based on hotel customer occupation) were disseminated throughout media and readopted from time to time by academia. Needless to say, these figures left out all those Africans that do not lodge into hotels: the ones that are married to Chinese, the ones that rent appartments, the ones that arrive at friends’ houses, and so on. In his 2012 book on Africans in China, Adams Bodomo, a linguist back then based in Hong Kong University, suggested that based on his own personal calculations from what he saw in the streets of Guangzhou the figure of Africans in the city would definitively be around the 100 thousand mark (he also suggested the possibility of some 500 thousand Africans living in the whole country). Needless to say, Bodomo’s measuring tool (from what he calculated in the streets) is less rigorous than Sun Yat Sen university’s hotel based measurement.

The Devastating Effects of Pollution in China (Part 2/2)

Tensions Rise After Death of African Man in China