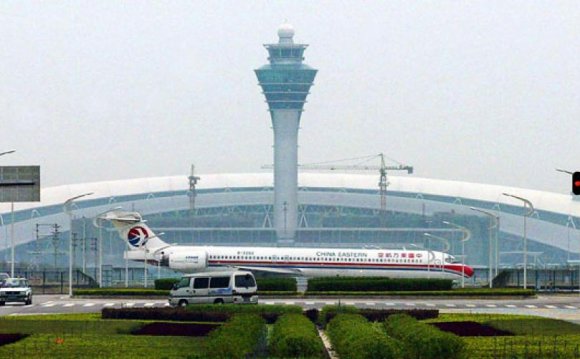 General: Guangzhou Baiyun International Airport, with a total investment of 19.8 billion RMB, was formally put into operation on August 5, 2004. The new Airport, the first on the Chinese mainland designed and build in conformity to the hub airport mode, is now the largest, best equipped and most modernized civil air terminal in China. Serving 111 destinations at home and aboard with 152 domestic, international and regional air routes, the airport functions as a major international port of China as well as an air hub with worldwide connections. China Southern Airlines, Hainan Airlines and Shenzhen Airlines are three home carriers of the airport.

Taxi - Passages can take a taxi outside the arrival hall. A trip downtown normally costs around RMB 150.00. Fee: flag-fall RMB 7.00 and charge RMB 2.60 per kilometers.

Metro - The New Airport Line of the Guangzhou No. 3 Subway is scheduled to be completed in 2009. It starts from Guangzhou East Railway Station, via Yantang, Meihua Garden, Nanfa Hospital, Tonghe, Yongtai, Jiahe, Longgui and Renhe stations, to arrive at New Airport. There are totally 10 stations. There will be a south and a north station at New Airport. The subway will directly get through to the -1F of the terminal building, so passengers can get to the departure hall and the arrival hall by lift.