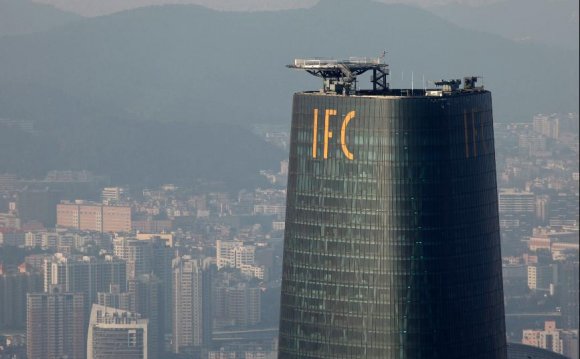 Following an international design competition, WilkinsonEyre was selected to design this 440m tower in Guangzhou, which is one of China's tallest buildings. With 103 storeys, the tower has a mixture of uses including office space and a luxury Four Seasons hotel with a top-floor high-end restaurant and bar. At ground level, the tower connects with a substantial podium complex containing a luxury brand retail mall, conference centre and high-quality serviced apartments.

The tower and podium connect below ground to further retail spaces and a transport hub, with a retail loop encouraging connections underneath to a landscaped central axis. The tower's slender, crystalline form acts as a landmark to Guangzhou Zhujiang New Town's main axis, linking the commercial district in the north with the Pearl River to the south.

Guangzhou, formerly Canton, is China's third largest city and has a population of 14 million. It has grown rapidly in recent years and many of the city's districts have been re-planned around dramatic urban set pieces, of which Zhujiang New Town is one. The Guangzhou International Finance Center was envisaged as one of a pair of towers creating a spectacular gateway to the business district on this central boulevard. It differs from many other tall buildings in the purity and elegance of its form, free from distractions and informed by technology rather than symbolism.

The tower utilises the world's tallest constructed diagrid structure, which is expressed through the building's transparent envelope. Its triangular plan responds to the need for efficient internal space layouts and excellent environmental performance.

The building was named 2011 Best Tall Building Asia/Australasia by the Council on Tall Buildings and Urban Habitat and in 2012, the tower was awarded the RIBA Lubetkin Prize, as the best building by a British architect outside of the European Union.