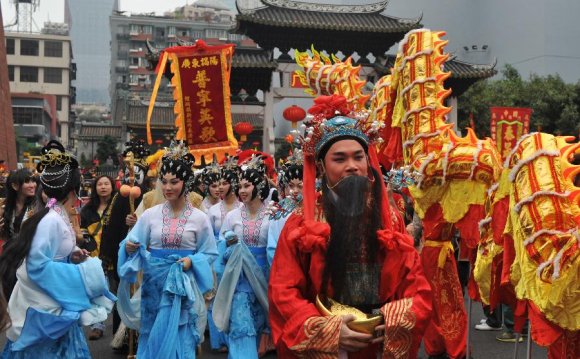 It’s been a while since my wife and I attended our last Canton Fair. Ever since our second child was born and our daughter started elementary school, it hasn’t been convenient to travel anywhere far let alone a completely different country.

But this year, we were determined to go so I flew out my Mom and she watched our two kids for an entire week by herself while Jen and I made the trek to China. And the best part?

When we got home, I was pleasantly surprised that my Mom taught the kiddos their multiplication tables while we were gone:) There’s tiger parenting for you!

My Love Hate Relationship With China

I actually get a lot of questions about the Canton Fair from this blog so I thought that I’d take some time and document my last trip. First off, I just wanted to say that I have this love hate relationship with China.

On one hand, the food is incredible and the prices are pretty inexpensive by American standards. But what I hate about China is that every time I go, I feel like everyone is out to cheat me and make an extra buck at my expense. For a communist country, China is one of the most cutthroat and capitalistic places that I’ve ever visited.

And in just 4 short days, I got ripped off many times while I was there.

On our first day out, we pretty much went straight to the Canton Fair after checking into our hotel. All was good. We took a taxi to the fair and visited a number of vendors that we had scheduled appointments with that day.

I couldn’t have been more wrong! The taxi driver could not read a lick of English and he had no clue where the heck our hotel was. So for the first 10 minutes, the taxi driver was literally driving aimlessly (even though we told him to pull over) as Jen and I frantically tried to look up our hotel on Google to get the Chinese address.

Bad idea! It turns out that Google doesn’t work that well in China! Even the most basic Google search takes like 15 minutes and I swear that each and every search query was being actively blocked by the great firewall of China. Google maps didn’t work either.

It also didn’t help that the taxi reminded me of the back seat of a police car, bars and all. (In case you are wondering, I’ve never been arrested before)

Meanwhile, I’m getting desperate so I start aimlessly yelling different versions of the street name in my poor mans Americanized Chinese. After a couple of iterations, I must have struck gold because the next thing I know the taxi driver stops the car right smack in the middle of the road in heavy traffic.

Because we’re essentially blocking the entire street, everyone starts honking at us from behind. Now the sound of 10 horns blasting all at once was loud and deafening but it did not bother the driver one bit.

Instead, as if there weren’t a dozen angry Chinese drivers behind us, the driver busts out his GPS and starts typing something in.

After a couple more minutes of horn blastage, the driver starts driving again with his eyes glued to the GPS and NOT ON THE ROAD!!! And for the remainder of the trip, he does not say a single word to me even though I keep asking him where the hell he’s going. At this point, my wife and I contemplate getting out of the taxi, but we realize that we’d be stuck in the middle of nowhere.

Finally, after 30 minutes of driving (the fair is only 10 minutes away) he pulls up in front of our hotel. The meter is more than double the cost of what we paid to get to the fair but we didn’t care.

Clearly, he took a circuitous route home and scared the crap out of us at the same time.

Incidentally, this was not the only time we got jacked by a taxi driver. On a different occasion, we had a driver who started his meter at twice the amount it was supposed to be when he picked us up and we couldn’t really do anything about it.

The last time we came to the Canton Fair, we exchanged US dollars for Chinese cash BEFORE we got there. But this time, we decided to wing it and use the ATM machine once we got into China.

But it turns out that these punks gave us a bunch of counterfeit Chinese bills without our knowledge. So for the remainder of our trip, restaurants and taxis kept looking suspiciously at the money we gave them and quite a few of them would not accept our money and asked us to use different bills to pay.

Meanwhile, the entire time we had no idea that the money was counterfeit and we couldn’t understand why people weren’t accepting our bills. It was only after trying to exchange our money back to US dollars at the airport did they tell us that our money was fake.

Incidentally, did you know that trying to exchange counterfeit money is illegal? When we tried to exchange the money for US dollars, the foreign exchange had to call the cops and we had to fill out a police report. It’s a good thing that we got to the airport early for our flight because otherwise we would have missed it.

A Tour Of The Canton Fair

Outside of getting accused of printing fake Chinese money and getting ripped off by multiple taxis, we had a very successful trip. We met with all of our existing vendors and found half a dozen new ones to source new products for our online store.