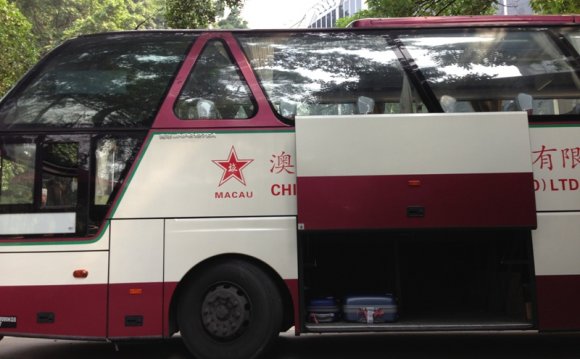 I have not posted during the past couple days due to some travel. It started in Guangzhou where I took a 40 minute subway ride to Guangzhou's South Train Station, one of several train train stations in Guangzhou and one of the many mammoth new train stations that can be found in a number of cities in China.

When I arrived I first sought out these machines to purchase a ticket:


ID is now required to purchase tickets. Unfortunately, the scanning system for the machines appears to only read Chinese Resident Identity Cards and not passports. After discovering this fact I went to the old fashioned ticket windows in a different section of the station:
Anyone familiar with Chinese train stations will appreciate my relief in finding such short and well defined lines. The scene would be very different in many other train stations in China. Even with the short wait, though, the train I wanted to ride had sold out since I had checked it on the automated machines. Fortunately, a few first class seats were remaining on the train departing only 30 minutes later. Some high speed rail lines in China have reported low ridership numbers. All I can say is that with trains departing every 15-30 minutes this line appeared to be very busy that day.

After purchasing the tickets I entered the sprawling main departure hall:

If only I had roller blades with me.


And after passing through security I was in the waiting area:
But there was no need to wait and I headed directly to the train:
While the train line I rode is sometimes referenced as "light rail", the trains do not in fact fit that classification. So, I will call it by its more proper name: the Guangzhou–Zhuhai Intercity Railway.

Traveling at speeds up to 200 km/h (124 mph) I arrived in about 50 minutes at the terminal station - Zhuhai North Station. Apparently the line will someday extend to a more central location in Zhuhai. One can only hope. As it stood, after paying just 44 RMB (about US $7) for the train ticket I paid almost double that for the long taxi ride into town. City buses were available for only 1 RMB but they did not go exactly where I wanted and included many stops. Also, they were already full with recently arrived passengers, and I was not sure there would even be space for me when the next ones arrived. While I enjoy trying to ride "local" in China, this was a time where I decided to take a pass. Fortunately, I got my money's worth as my taxi driver apparently had aspirations to be a Formula One driver.

The day after arriving in Zhuhai I went to Macau. Similar to what I explained in my post about the border between Hong Kong and Shenzhen, you must pass out of mainland China through immigration in Zhuhai and then take a short walk before going through immigration once more to enter the special administrative region of Macau, despite it being part of China. And like Hong Kong, mainland Chinese need a special permit to enter Macau while many foreigners, including myself, only need a passport. From the time I left my hotel, walking to the border, going through two immigration channels, and finally arriving in Macau took less than one hour. It was even faster when I returned to Zhuhai due to shorter lines.

So, as you can see I've been busy moving about. No complaints from me though. The food in Macau is great:


And pretty decent food in Zhuhai can be very inexpensive:
Source: www.isidorsfugue.com