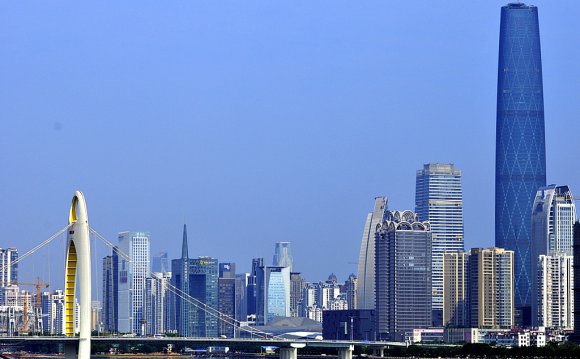 Guangzhou Airport is China’s second busiest airport and is located roughly 30km from downtown Guangzhou. Its full name is Guangzhou Baiyun International Airport. As a new airport, expect all the facilities and amenities, as well as the problems, that you’d find at any major, international hub. Increasing passenger numbers have meant the airport is constantly being expanded and this can lead to delays and confusion inside the terminal as to who goes where.

Often used as a hub for internal travel in China, in recent years the airport has expanded its operations to include a wide selection of international destinations.If you're looking to get to or from the airport, check out our Guangzhou Airport Travel Guide, which also has information on connections to Hong Kong.

The airport is located inside a single terminal. Arrivals are on the 1st floor and split into zones A and B. Departures are on the 3rd floor and also split into areas A and B with 118 gates. All international departures are through area A. Immigration staff are courteous, and although most speak little English someone is always on hand to speak English when necessary. Expect long lines at both security and immigration, often upwards of 30mins. All information in the airport is posted in both in both Chinese and English.

There is a full spread of restaurants at Guangzhou Airport, both on the main concourse in arrivals and after security checks in both areas A and B of departures. Most food is, naturally Chinese, most of which is pretty good, although there are also a number of Western options available, as well as a McDonalds. As with many airports, prices for food and drinks are somewhat inflated although by no means eye popping. Most restaurants are opened from early, 7am-8am in the morning, until 9pm at night.

Amenities and Facilities at Guangzhou Airport

The airport is fully equipped, including ATMs, money exchange counters, English speaking (usually) information points, water fountains and very good selection of kids playgrounds in the departures hall. In arrivals you’ll find the information point in Area A, where there is also a post office.

The airport offers free wifi throughout the building.

Left Luggage – Left luggage counters are found on both the first and third floors and are open from 6am-10pm.

Guangzhou Airport has a very decent selection of shops, including a number of exclusive brands, however, price tags are very heavy and you’ll find just about everything cheaper, if not much cheaper, in the city.