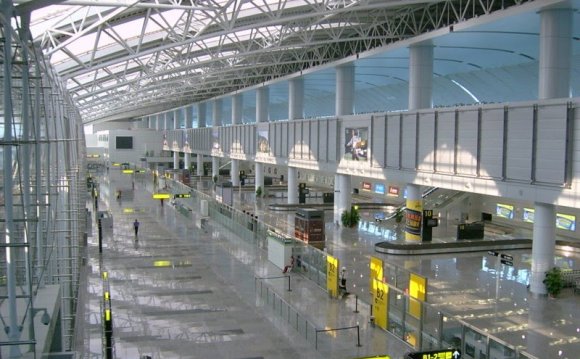 Established in the 1930s, Guangzhou Baiyun International Airport is one of the three large hub airports in the Chinese mainland, holding a decisively important status in the layout of China’s civil airports. It ranked the second best airport in the appraisal of China’s 500 biggest enterprises in service industry in 1994. It was listed as one of the Top 500 State-owned Enterprises in 1994 and was selected by the CAAC as “Airport with Best Service” in 1998.

The new Guangzhou Baiyun International Airport, with a total investment of 19.8 billion yuan, was formally put into operation on August 5, 2004. Covering an area of 15 square kilometers, the airport is the first in China that was designed and built in the light of hub concept. The two parallel runways in the first phase of the construction were built with navigation grade 4E. The terminal area was designed to accommodate a projected passenger turnover of 25 million in 2010. Covering an area of 320, 000 square meters, the first phase of the terminal complex is the biggest one of its kind in China and all its equipment and facilities are up to the international standard. Baiyun Airport has set up business relations with 33 airlines and opened more than 110 air routes to over 100 cities at home and abroad thanks to its ability to serve with nearly 30 types of aircraft. China Southern Airlines and Shenzhen Airlines are two home carriers of the airport.

Guangzhou Baiyun International Airport has been certified by the World Health Organization (WHO) as meeting WHO sanitary standards, and titled the "International Sanitary Airport", announce an official from WHO in Guangzhou yesterday (Apr.5).