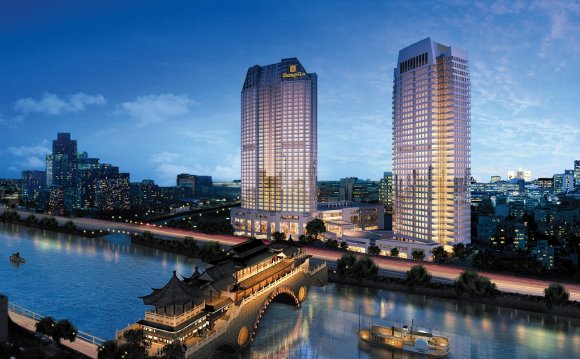 Guangzhou is the capital of Guangdong province in southern China. Its international name was formerly Canton, after a French language transliteration of the name of the city in Cantonese. Guangzhou dates back to the Qin dinasty in 3rd century BC, when the first settlement was established on the site of present-day Guangzhou. Starting in the 16th century the city developed international trade, first wth the Portuguese and later the British and other European nations. The city is nowadays a wealthy and prosperous administrative centre in the Pearl river region, with many shopping areas. It doesn't have too much in terms of sights, although its architecture and layout are kind of interesting and remind me of cities in Malaysia.
The Guangzhou photo gallery consists of photos of modern Guangzhou with the new International fair and convention centre, the Six Banyan Trees Buddhist temple (also known as Liurongsi Huata), the Shamian Dao island with its colonial style architecture and two shopping areas (Beijing Lu and Shangxia 9 Lu).

26 photos of Guangzhou and the Pearl river by night, the old city dotted with small shops, the new International convention centre and trade fair, some panorama views and more.

9 photos of Shamian Dao, an island on the Pearl river in Guangzhou, also known as Sand Surface island.