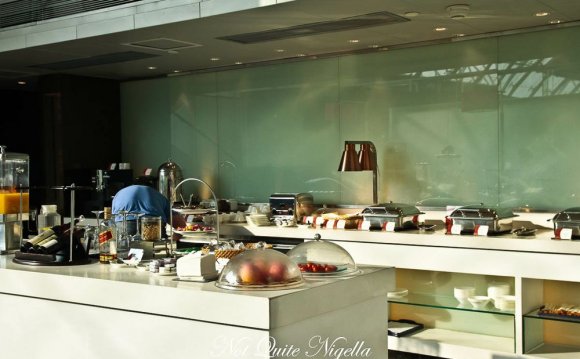 China Southern’s Airbus A380 will return to Sydney across the Australian summer on one of its two daily Sydney-Guangzhou flights.

China Southern's A380 brings with it 'Platinum Private Suites' with closing doors in what we'd call 'first class'...

PREVIOUS by David Flynn | China Southern will cancel its daily Airbus A380 flight between Sydney and Guangzhou, less than four months after the superjumbo's debut on the airline's 'Canton Route'.

A spokeswoman for China Southern confirmed to Australian Business Traveller that the A380's last Australian flight – at least for now – would be on February 21, 2014.

"After a successful summer down under, the A380 is expected to return again to operate during peak season" the spokeswoman said, citing the A380's absence as "reducing capacity on the Guangzhou-Sydney service in line with seasonal changes."

The biggest airline in Asia, state-owned China Southern – which only this month inked an alliance with Qantas to begin in early 2014 – has reportedly been facing consistently low passenger numbers on the double-deck jet, which has 506 seats – hundreds more than the smaller Airbus A330s which it usually runs between Australian and China.

On many flights the airline has been offering inflight upgrades from economy to business class of between $750 and $1, 000 in an attempt to fill the cavernous 70 seat business class cabin; instant upgrades to the more exclusive first class cabin are often available at $2, 750.

During the launch of the A380 service China Southern CEO Tan Wangeng admitted that the airline faced challenges in meeting passenger expectations in areas such as inflight meals and crew service.

China Southern has invested millions of dollars in extensive sponsorship to build its brand in the Australian market. These include three-year deals with the Sydney Festival and Melbourne Festival plus Perth's Sculpture by the Sea exhibition and a charity series of Twenty20 cricket.