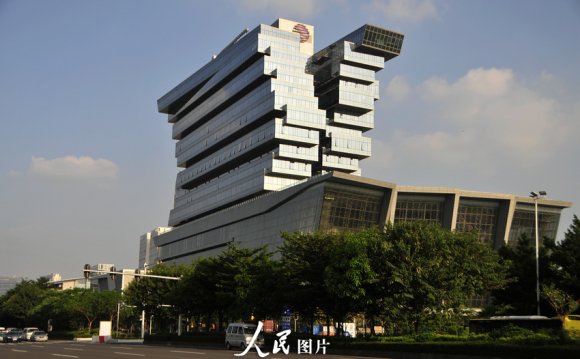 Ooooooops, this is kind of a messy question to explain!

In Chinese characters, the city is written as “廣州 (traditional)” or “广州 (simplified)”.

Historically (somewhere before or around 1949), the city is called "Canton" by westerners.

In 1949, PRC (People's Republic of China) was founded, and the country's "standard tongue" was set to be Mandarin.

Afterwards, the promotion of Mandarin use, as well as of pinyin (Chinese character romanization) was set to be a nationwide education policy by the Chinese government.

As the promotion proceeded, the official English name of the city changed from "Canton" to "Guangzhou", which is exactly the romanization of the city's name in Mandarin Chinese.

Not considering immigration from other provinces, Guangdong (also Mandarin romanization) itself is a multilingual province. The Cantonese language derives from somewhere in Canton / Guangzhou, and its standard form (accent) is most predominantly used by local residents in Canton / Guangzhou, Hong Kong and Macau. Local residents around the three cities generally use Cantonese too, but in a slightly or vastly different accent. Nonetheless, other languages such as Hakka (客家话) also have large speaker populations in the province. As "Cantonese" is a cultural concept and "Canton" is where the word derives from, "Canton" is a narrower geographical concept than "Guangdong". It refers to the origin of Cantonese culture, that is, Guangzhou.

Note: some residents in one of Guangdong's neighbouring provinces, Guangxi, use Cantonese too.

Note: the translation of “廣東道” into "Canton Road" in Hong Kong is known as a misinterpretation of the word "Canton".

Guangzhou (the capital of Guangdong) < Guangdong (the province)