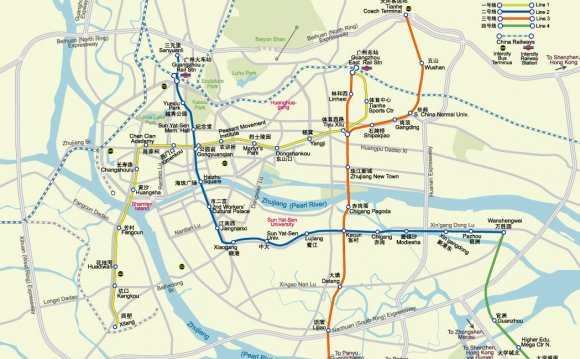 Guangzhou weather is generally warm and humid all year round without a clear division between the four seasons. It has a humid subtropical monsoon climate, characterized by warm winters, hot summers, little frost and snow, sufficient rain and sunshine. A yearly average 21 - 29 C (70 - 84 F) makes it a fabulous destination for traveling. However, the humid and hot weather is exhausting for tourists. Furthermore, the solar radiation is quite high, so it is recommended to make good preparation for sunburn prevention.

Since there will be drizzles from time to time in spring, autumn especially late September to early December is recommended as the best time to visit the city.

Introduction to Guangzhou Climate
The city is located in the middle south of Guangdong, north of the Pearl River Delta. With a moderate temperature all the year round, it is hard to give a clear division between the four seasons. The hottest time for the city falls in July and August, with more than 40 days at the highest temperature above 30 C (86 F). The coldest time is from the late January to early February, with a lowest temperature of -3 C (27 F).

Spring
Spring there is from February to March. The temperature rises gradually, but there can be sudden drizzle. You'd better take your sweater and light clothes in this season. The spring China Import and Export Fair (Canton Fair) is usually held from April to May.

Summer
The summer, April to September, is relatively long, with the hottest temperature in July and August. There will be occasional typhoons and frequent afternoon thunderstorms, so it is strongly recommended to be prepared for the rain. Water sport like Chimelong Water Park travel is the first choice at this season. You can not only get relief from the summer heat, but also enjoy the fun and excitement of the water activities.

There is a 'Thunderstorms Season' in the city usually from March 4th until October 12th, lasting for a total of 223 days every year. Thunderstorms happen more from May to August, occurring over 10 days of a month. Especially in August, there will be thunderstorms every two days. So avoid traveling there at this period of time.

Autumn
Autumn days, from October to November, are mainly sunny and cool. This is the best time for traveling there. To visit the place in autumn, you just have to bring light clothing such as long-sleeved shirts or T-shirts, plus one or two thin coats and sweaters. Besides visiting tourist attractions like Yuexiu Park, White Cloud Mountain or the Pearl River, you can also go to shopping at Beijing Road, Zhongshan 5th Road, People’s Road or Shangxiajiu Pedestrian Street where you can get some local products like Canton Embroidery, Canton Enamel and Canton Sculpture, with superior quality and at attractive prices. Meanwhile, the China Import and Export Fair (Canton Fair) will be held since November.

Winter
The city has a short winter from December to January. It is a little chilly but with a little frost and snow, and sweaters and thick jackets are enough for this season. Quite different from the North China, the city becomes a sea of flowers during this period. It is an excellent time for the flower-lovers to visit.

Riding on a bullet train to Guangzhou